In this article, we will show the Dewalt DCS570B vs DCS575B showdown. What are the contrasts between the two saws? Which one should you get? 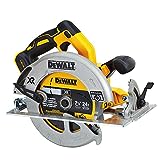 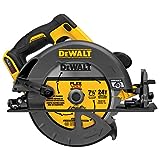 Both are cordless circular saws, use batteries.

Both circular saws are compact in design.

With an approximate weight of 7.5 pounds, the DCS570B is slightly less heavy than the DCS575B (which weighs around 10.1 pounds
).

Both offer a handle, which your grip when you wish to move them around.

Both circular saws have a brush motor and a blade brake that is a safety feature to use.

Both have a bevel cut of 57 degrees.

Out of the box, the Dewalt DCS570B, Dewalt DCS575B both come with a circular saw blade and a blade wrench (batteries are not included).